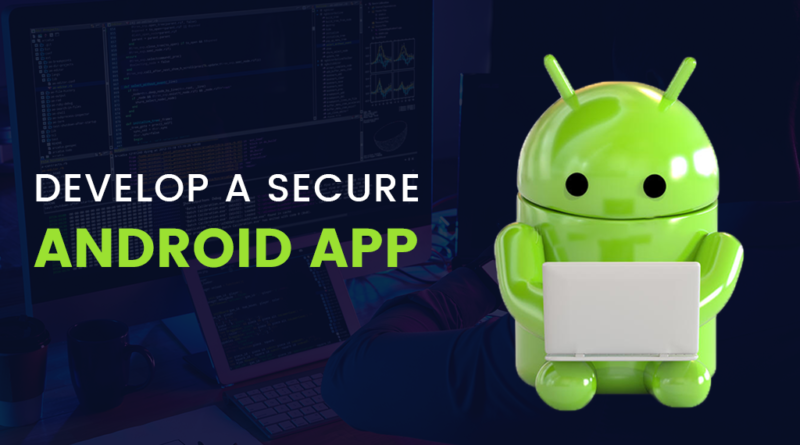 Security is one of the most important concerns for every mobile app. Mobile apps allow everyone to do literally anything online. This definitely hypes the demand for apps and more people are inclined to using it. The apps provide a feature of making payment which needs utmost security. Users need to trust the app for payment and sharing their personal details. Android app developers will have to work extra hard to make the app secure from every angle.

If you are a developer, you will need to learn it too. Here are some of the security measures you should implement in your android app to make it safe and secure.

A server in which an apps API is accessed needs to have a secure connection to avoid unauthorized access and protect the data. It is important to verify it to prevent eavesdropping on confidential information that passes on to the app’s server and database. It is important for the mobile app development company to consult a network security specialist to try vulnerability assessment and also penetration testing to make sure the correct data is safeguarded with the right tactics. For spreading resources out across servers, don’t store data in one place and next-level security measures should be undertaken.

3. Code Security of the App

Software security is among the priority tasks of Android app development. When it comes to native apps, they are very different from the web applications where the data and software are stored securely on the server. Here the client side is just an interface. In the case of native apps, the code stays on the device once you download it. However, it becomes a threat to the app as it becomes accessible for people with malicious intent. When it is about app source code, there are plenty of vulnerabilities but several businesses make the mistake of ignoring it. Data security and network components are very important elements of the app development to focus on.

It is very important that the communication between the server and the app is over an HTTPS connection. Android users connect to plenty of open Wi-Fi and not all of them are safe. Connecting to open Wi-Fi networks which are not good for the safety of the data. Some of them can be malicious and can alter the HTTP traffic contents. This is why communicating over HTTPS connection is inevitable for the utmost security.

Privacy is getting very high importance these days. Hence, as Android app developers, if you are not very sure that you can protect the data you are asking for, it is better to not ask at all. Ask for information that is extremely important. Also, for user authentication and user profile on Android, it is better to opt for the Google Identity Platform. It allows the user to sign in into the app quickly and easily with their Google account. With this method, the developer can check to get various details like user name, contact, email address, profile photo, and such others. Developers can use free services like Firebase to manage user authentication for the app creators.

Android devices have limited internal storage which might force the users to store their important data on external storage. The data stored on external storage media is prone to security threats as they can be accessed by both users and other apps on the device. This is why it is one of the best security measures to encrypt the data of external storage. One of the best encryption algorithms is AES (Advanced Encryption Standard) with a key size of 256 bits. Writing code for encryption and decryption can be time-consuming for the developers. Using third-party libraries can be an easy solution to do it easily.

Back in the day when Google Cloud Messaging was not there, plenty of developers were using SMS to push the data from their servers to their mobile apps. In recent days, this practice has practically vanished. If you are one of those Android developers who have not shifted from SMS to GCM, now is the time. SMS protocol is neither encrypted nor it is safe from the attacks. An SMS can be read by a mobile application on the user device which has permission. GCM is a very secure and chosen way by the developers to push messages on the Android app. This is because all GCM communication is encrypted.

When it comes to Android, invalid user input doesn’t necessarily create a security threat like buffer overruns. If you allow users to communicate with an SQLite database or a content provider which generally makes use of an SQLite database. There are basically two ways, either strictly sanitize user input or use parameterized queries. Without proper care, your data becomes prone to SQL injection attacks.

I hope by the end of the article you know how to make your app safe and secure. As a leading Android app development company in USA, it is your duty to build a secure app and protect the user’s data you have collected for your app.

This is an example widget to show how the Right Sidebar looks by default. You can add custom widgets from the widgets screen in the admin. If custom widgets are added then this will be replaced by those widgets.